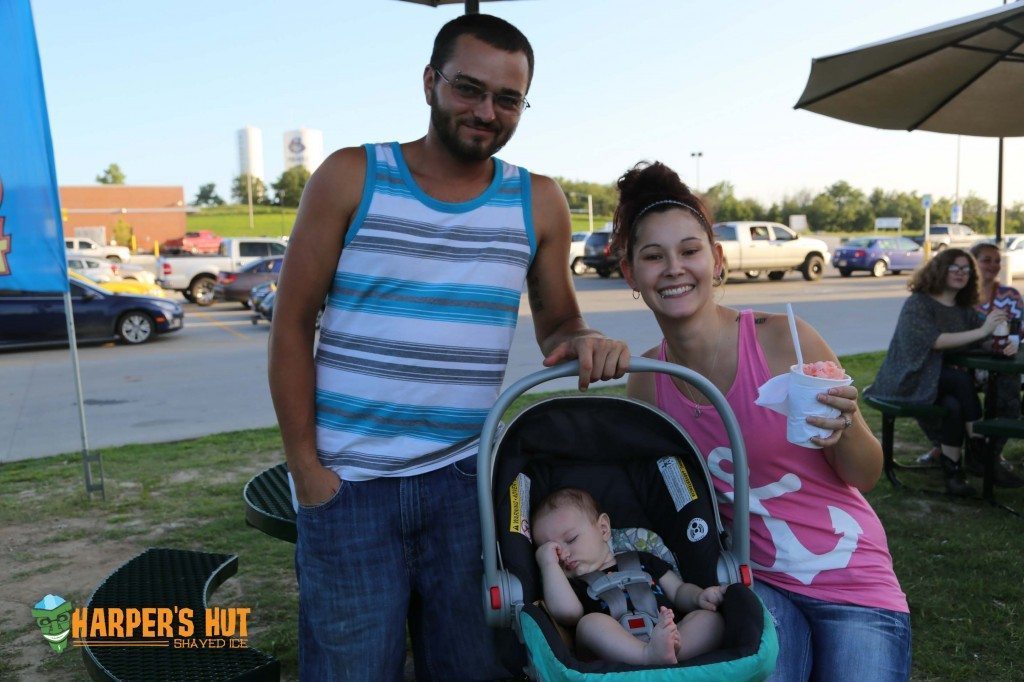 The nominees for “Best Shaved Ice in the World” just came out and once again Harper’s Hut is a major contender. In 2014, after having only been open for two months, Harper’s was granted the prestigious award over companies that had been in the Tulsa area for over twenty years. Now that’s saying something! So what’s the big deal about a Tulsa sno ball? Well let me tell you!

The greater Tulsa area has been developing culturally and economically for the last several years. Downtown construction is booming, hotels and restaurants are springing up left and right, and people everywhere are finally feeling optimistic enough to try and start their own business ventures. One industry that has been on the rise in Tulsa County is shaved ice. Sand Springs alone has seen 3 new shaved ice companies arrive in the last two years, and Glenpool has had two in the last year. The Tulsa sno ball is no longer a simple crushed ice children’s summer treat. Snowballs have gone gourmet with ice as soft as actual snow, exquisite flavors from all over the world, more toppings than you can imagine, and some stands are even indoors and open year-round now.

In June 2014, William Nozak, CEO of Harper’s Hut, invented the best Tulsa sno ball of all time. The “Volcano” put Harper’s Hut on the map, but it didn’t stop there. Creations such as the “Harry Potter Butterbeer,” the “Extreme Cream,” and today’s Flavor of the Day, “Fruitasia,” were only the beginning. Every snow cone to come out of Harper’s Hut is guaranteed gourmet, and if you don’t like it you can throw it in the trash and get something else! With the additions of ice cream, cheesecake, and more, Harper’s has only gotten better in the last year.

Not only does Harper’s have the best Tulsa sno ball, they also have the best atmosphere in Tulsa. There’s always music playing, balls and Frisbees flying, and memories being made. There’s movies playing on our 14-foot portable screen at our free family movie nights on Friday in Sand Springs, Saturday in Glenpool, and Sunday in Mannford. Today is Doggie Day Wednesday, so bring your canine friend for half off and a free dog treat! The Glenpool location has a skate park, a splash pad, playground equipment and more. Harper’s even has mobile units that can be sent to your private birthday parties, fundraisers, and corporate events. There’s no end to the magic you can experience at Harper’s Hut, so locate the nearest Hut today and come ready for a great time!