This content was written for Harper’s Hut Shaved Ice

Harper’s Hut Shaved Ice has the best Sapulpa snow cones in the world. Well at least that is what the Tulsa World has voted on. Harper’s Hut won “Best in the World” by the Tulsa World newspaper. William Nozak and his wife Lindsay Nozak have created a place of excellence, a place of supreme quality in customer service. When you think of snow cones you wouldn’t normally think about customer service or have any kind of expectations other than receiving your delicious snow cones. At Harper’s Hut Shaved Ice it is about more than just the shaved ice, it is about the community and the relationships that can be had. So, where can you find the best Sapulpa snow cones? Harper’s Hut would be the place to go.

If you were to look at Harper’s Hut from the outside, what would you see? You would see kids playing in the grass, kids jumping rope, playing with sidewalk chalk and beating the heat with a gourmet snow cone. The parents are listening to music, and enjoying the smiles on their kids’ faces. You would see the Harper’s Hut employees taking care of their guests and playing with the kiddos. If it is a Friday night and the sun is down you will see a jumbo blow up screen with a movie projected onto it. Harper’s Hut truly is the best Sapulpa snow cones in the entire world.

Harper’s Hut will cater for your personal events. They provide snow cones for fundraisers, school events, charities, sporting events, birthday parties, and any other type of event in general. Harper’s Hut birthday parties are the best because the parent doesn’t have to worry. They can sit back and enjoy the party. Harper’s Hut will provide everything you need to have the party that people talk about for years. They will host a snow ball fight, bring a cake, bring the music, and more. When you hire Harper’s Hut to host a party, they bring the party!

Harper’s Hut believes in creating something more than a business, they believe in creating something with purpose and vision. They are committed to enhancing the community network by creating events, hosting fundraisers, and supporting the community in anyway possible. In their first year, Harper’s Hut was able to raise over $2,000 for local charities. If you have a fundraiser idea or want to plan an event with Harper’s Hut Shaved Ice, give them a call today by dailing 918.671.6352.

After going to Harper’s Hut, you will be asking yourself, when can I enjoy that amazing gourmet shaved ice experience again? Sapulpa snow cones are not just about the snow cones, Harper’s Hut is in the game. It is about the quality of life and the quality of service. You do deserve to be served and treated like the hard worker you are. You and your family will be treated like family. If you are on a budget and want to have a good time! Well… I have some good news for you, some news that you might want to hear. Harper’s Hut is the place to go when you don’t necessarily have the doe. You and your family can spend the entire day at Harper’s Hut and not spend even one dime. Yes, you heard me correctly! You don’t have to buy anything at Harper’s Hut to spend time at Harper’s Hut. You can simply hang out, play games, and relax with all of the other guests at Harper’s Hut! To find a location near you, CLICK HERE! 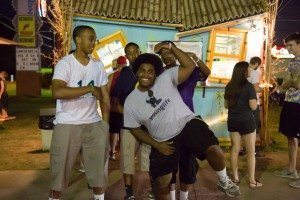